It is estimated that 80 Australians die from bowel cancer every week. Research shows that treatment can be possible if successfully detected early. If you are experiencing bowel cancer symptoms, consult your doctor to book a colonoscopy.

Fewer than 40 per cent of colorectal cancer is detected early because it can develop without any symptoms.

If you are experiencing bowel cancer signs consult your doctor and book a colonoscopy for the best chance of early detection and cure.

Who is at Risk?

No Bowel Cancer Symptoms? Get a colonoscopy for peace of mind

Approximately half of all Australians are likely to develop a bowel polyp during their lifetime, but the majority of these remain undetected. Although polyps are very common, they rarely produce symptoms.

If polyps are left untreated, a significant percentage of polyps will develop into bowel cancer. Most polyps can be identified and safely removed during a colonoscopy.

If you are an Australian citizens aged 50, 55 and 65 without symptoms with FOBT (faecal occult blood test) you should take advantage of the National Bowel Cancer Screening Program.

Contact Direct Endoscopy if you have any further questions or book a colonoscopy today for diagnosis, prevention, or treatment. 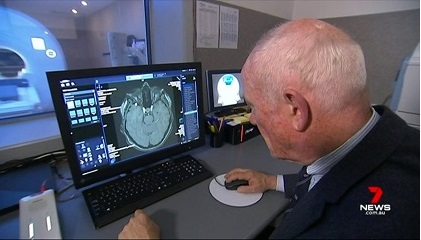